The military family is the foundation for members serving in harm´s way, worldwide.

Occasionally, military members can be under a lot of stress or even suffer from significant debilitating injuries; it can be too much. Often, abuse or even abandonment of the military family is the end result. Clearly, the military member needs help, but so do the families. Change is needed. 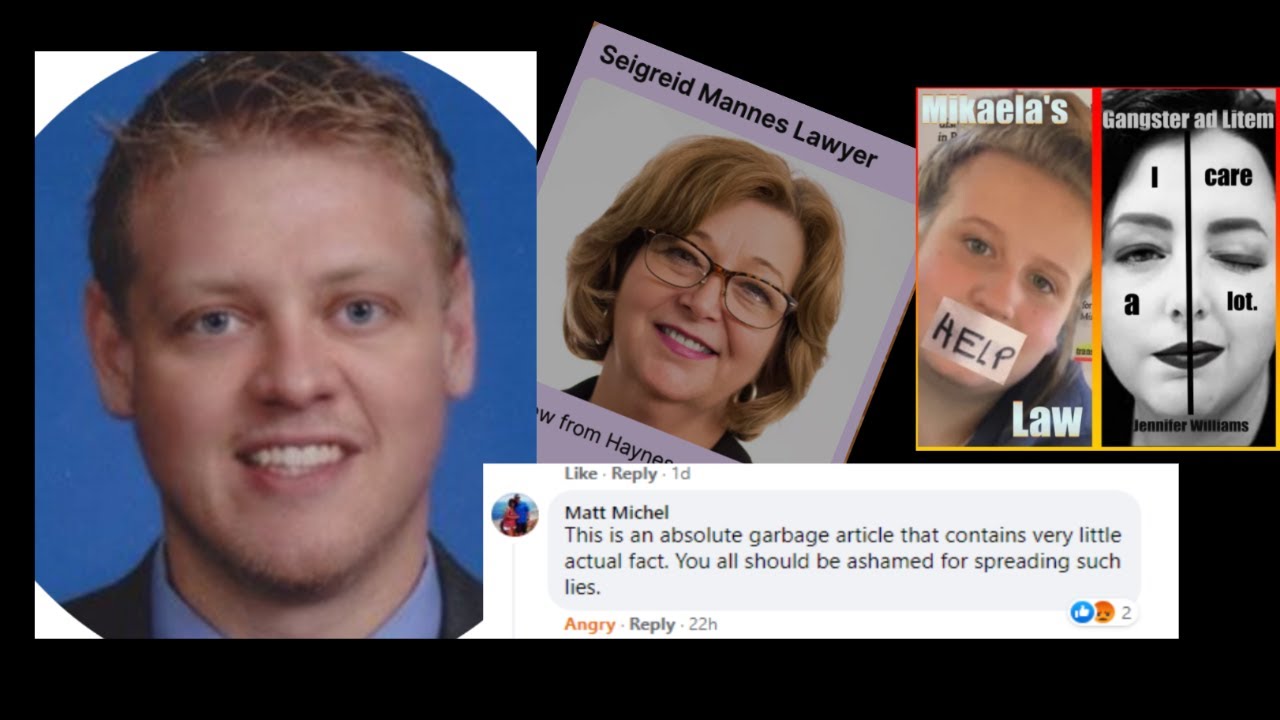 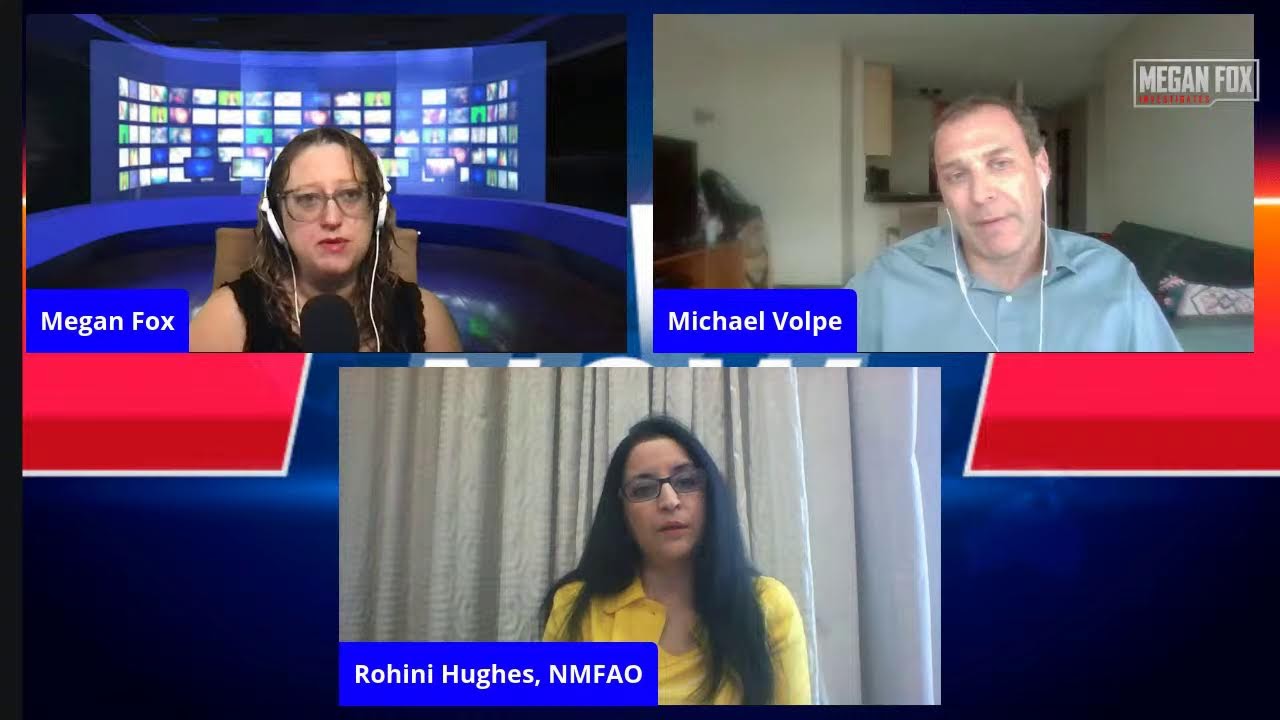 Congress Failed To Pass Paid Family Leave. Now It Could Be On The Ballot

Please read and follow the details of the recent tragic murder of Ms. Dana Alotaibi, a Military Marine spouse. A statement from 3rd Marine Division confirmed that her ex-husband, Sgt. Bryant Tejedacastillo, has been charged with second-degree murder in connection with her death. George Dodson, a 23-year-old Navy sailor, has been charged with murder after Shelby Dodson was found dead and the couple's 13-month-old son was found injured at a fire scene. NMFAO is honored and grateful to have collaborated with CBS News on Combating domestic violence in the military: A new, two-year long CBS News investigation reveals the defense department is dealing with another crisis on the homefront, domestic violence. Countless Military Spouses/Former Spouses and Military Children are waiting for their protection and justice due to tyranny, corruption, collusion, and civil judicial and military system's failures, while being punished, destroyed, and led to death for reporting fleeing domestic violence and abuse in our military.

"It was severe betrayal": Military has failed to address domestic violence, survivors say; Military's domestic violence crisis compounded after 20 years of war; The Pentagon has spent $1 billion on a program for domestic abuse victims since 2015. Survivors say they couldn't get help

In a statement to CBS News after our report aired, secretary of the Air Force Frank Kendall wrote:
I am extremely troubled by the claims of inappropriate handling of domestic violence complaints highlighted in your broadcast and have directed the Department of the Air Force Inspector General to conduct a comprehensive review of those cases. The review will address not only the investigation and disciplinary actions associated with these cases, but also the support provided to victims. There is absolutely no place for sexual assault, sexual harassment, or domestic violence in the Department of the Air Force.

Roughly 100,000 incidents of domestic abuse have been reported to the military since 2015, CBS News found. The military has not kept comprehensive data on the problem so it's impossible to assess the full scope. And while the Pentagon has made combating military sexual assault a priority and formed an independent review commission to address the problem, the new investigation reveals domestic abuse is a similar crisis on the home front. Some survivors told CBS News they felt they were in more danger after they reported.

"As w/sexual violence, DoD has turned a blind eye to domestic violence for too long. These heartbreaking stories show the urgent need to act. My HASC-approved NDAA reforms to take these cases out of the chain of command are a crucial component. We must keep ALL servicemembers safe"
-Hon. Chairwoman Jackie Speier, House Armed Services Subcommittee on Military Personnel

In a statement to CBS News, Defense Secretary Lloyd Austin wrote:
Sexual assault, sexual harassment and domestic violence continue to plague our ranks. These crimes have profoundly damaging, and sometimes lethal consequences for service members and our families, and fundamentally impact our combat readiness. While I cannot comment on individual cases, I take these issues, and the impact on the men and women of the services, and their families, with the utmost seriousness.

We are grateful to award winning journalist Ms. Alice Giardano and The Epoch Times for interviewing our Founder and Vice President Ms. Rohini Hughes and featuring NMFAO in her latest article entailing family court reforms.

Our very own, Ms. Rohini Hughes, NMFAO Vice President/Co-Founder and Jay N. Hughes, NMFAO Military Youth Advisor, have been fighting for their protection and justice by seeking assistance from the United States Air Force, Joint Base Andrews, MD, and Hurlburt Field, FL, since 2014 due to domestic violence and abuse by their perpetrator, a #USAF #JAG and a VA/DC/MD #FamilyLaw attorney. This perpetrator was promoted to "LT COL" a month after the September 18, 2019, Congressional testimony given by Ms. Rohini Hughes and Jay N. Hughes, instead of being held accountable by Lt Gen Jeffrey Rockwell, The Judge Advocate General, Department of the Air Force, among other senior Military leaders, have failed to hold countless perpetrators accountable for the domestic violence and abuse in our military.

We are eternally grateful to Ms. Megan Fox, Author, PJ Media, and Mr. Michael Volpe for their passionate #journalism and for blessing Rohini Hughes and Jay Hughes, with an opportunity to share the judicial tyranny of #Military Families. The plight of the abused, abandoned, deserted, #homeless #militaryspouse #formermilitaryspouse #children #militarykids destroyed, led to suicide or homicide must end immediately by ending #judicial immunity.

We continue to advocate for Late Dr. Nashwa Holt, found dead on Mother's Day in 2019, while fighting for protection and justice for herself and her two sexually abused boys by a USAF officer. Countless other victims in our military families who have been destroyed by judicial tyranny and have committed suicide or have been killed by their abusers in our military finally have the Members of Congress and Senate's attention. Our civilian Judicial system does not bring any resolution, protection, or justice either in Military Divorce and Custody trials due to FAPA or Fake Allegations of Parental Alienation, a disturbing practice being used by family court judges across the nation to strip custody of protective mothers and award abusive children to their abusive fathers. #FAPA

A fierce warrior was found dead on Mother's Day 2019 while trying to advocate and protect her two young and abused #milkids.
#NashwaHolt According to Fairfax County Circuit Court, Fairfax, VA and public records, NMFAO’s VP/Abused Military JAG Spouse/Congressional Witness needs legal representative for a defamation suit from an Air Force JAG Lt Col Matthew (Matt) E. Hughes due to her Congressional testimony on domestic violence and communication with the military command.  NMFAO is requesting assistance with pro bono representation and referrals to assist Ms. Rohini Hughes in this suit. Our Military silences the victims while empowering the abusers by failing to hold them accountable for abuse and therefore the House Armed Services Subcommittee on Military Personnel: Shattered Families, Shattered Service: Taking Military Domestic Violence Out of the Shadows held a hearing on September 18, 2019 We appreciate your continued support towards the abused, deserted, abandoned and often homeless military families.  Military families need your support and prayers!

Subcommittee on Military Personnel Hearing: “Keeping Our Service Members and Their Families Safe and Ready: The Military’s Prevention and Response to Domestic Violence” Our, Vice President, Rohini Hughes personally participated in the pilot program for It's weWomen Plus study for Immigrant Women's Safety, Health, and Well-Being by John Hopkins School of Nursing because of her lived experiences as a victim; combined with NMFAO's continued collaboration and support as the project launched in January 2021. NMSAO has passionately served the Military spouses since 2015 and today we are proud, grateful and humbled to announce our new advocacy organization, the National Military Family Advocacy Organization (NMFAO).

We are taking another step in our mission to recognize and strengthen the entire military family unit by incorporating military children and becoming “family focused".  The new organization has been incorporated in Virginia as a non-profit entity with its application for 501(c)(3) tax-exempt status pending before the IRS.  NMFAO’s mission is to serve Military families and to provide a platform for both military spouses and children to voice their concerns and trials, always keeping in mind that the Military children of today will proudly become the Military servicemembers of tomorrow!

NMFAO has prayerfully created this new platform and will soon be operational, providing valuable and much needed additional resources and information to better serve the Military families.  We are grateful for your continued support and prayers.

Servicemembers Are Getting Away With Abuse

Domestic Violence in the U.S. Military

Domestic abuse: Long lasting effects on women and their children

Do you know that Military Spouses and Children serve our nation as much as the Servicemember?

Do you know how many times the Military Spouses suffer and sacrifice through each relocation and deployment while serving the military, family, community,
faith based organizations, schools, at each new duty station? Do you know how many service members suffer from Mental Illness caused by relocations, deployments to War Zones resulting in Domestic Violence? Do you know that Mental Health Evaluations are optional and not mandatory for service members returning from war zones?

Can you guess how I am going to grow up healthy after what I witness?

Do you know how many times I have
been crippled
and silenced
about
abuse and abandonment?

Do you really know how many Military
Spouses and
children
are actually ABANDONED every day?

Beware Family Court: What Victims and Advocates Should Know

The structure and powers of the family court system are radically different from the criminal system. By understanding these differences, victims and advocates can minimize the risks of family court, and get the best of each system to work for them.

Part I of this text describes some of the key differences between the family and criminal court systems. It explains why family court is so prone to fail victims of family violence. Part II provides some strategies for avoiding family court when possible, or for protecting against the risks when a family court case is opened. Parts III & IV provide some general tips for handling your family court case.

Part V offers some tips on what to do if you lose in family court, particularly if you lose child custody. And Part VI tells a story of how one domestic violence victim who had become badly trapped in family court hell, ultimately managed to get free.

Most people mistakenly think that the difference between family court and criminal court consists mainly in the different issues these courts deal with. It's a mistake that can seriously endanger victims of family violence who too often trust that the family court system is built to protect her in much the same way as the criminal system. Nothing could be further from reality.

Read the full article at http://www.justicewomen.com

This is finally exposed! So you can only imagine the number of unreported and unrecorded Domestic Abuse cases towards the Military Spouses and Children!

“The lack of attention paid to domestic violence reporting is alarming. An estimated 1 in 3 American civilian women (33 percent) endure intimate partner violence during their lifetime, according to data from the National Coalition Against Domestic Violence. VA statistics indicate similarly that 36% of female active-duty service members experienced domestic violence, a number that’s likely low due to underreporting in the ranks; for female veterans, it’s as high as 70%, per the VA.”

Wow! Well, we can tell you without hesitation that this is not true data at all because many cases go unreported due to the collusion between Commanders, Family Advocacy Programs and Inspector Generals! The messily data collected by the military entities does not even get reported to the State Government while the Pentagon shows a decline in every possible area of Sexual Assault, Domestic Violence, and Military Divorce. Where is the Justice?